Get a piece of Tatooine on your table. Recreate the action from A New Hope, The Mandalorian or Book of Boba Fett using only a 3D printer and some paint.

This Tatooine inspired landscape was made for the Fantasy Flight Games / Atomic Mass Games miniatures board game Star Wars: Legion and because of that, it’s all scaled for 32mm miniatures.

Several types of models were used to make a more believable scene. Big buildings and structures to get a sense of a large environment, smaller bits and bobs like moisture vaporators, shield generators, communications towers, crates and containers as scatter terrain to make it feel used and lived in as well as plants to get more colour into the landscape.

Models to print can be found at designer specific sites as their own websites and Patreons or on larger libraries (also called repositories) with models from many different designers like Thingiverse, MyMiniFactory, Printables etc. The models and STL files used in this project are from Imperial Terrain, Thingiverse and Printables/Prusa Prints (list of all used models and creators at the end).

Once downloaded the models were prepared and sliced in the Ultimaker Cure software. Many 3d printer companies supply printer profiles for slicer software for their printers. That makes it much simpler to get good settings and then good print quality. On this printer, a profile for Ultimaker Cura was on the supplied microSD card. Use that, to begin with.

Also, the model supplier might have some recommendations for print settings for the specific model, like with or without supports, kind of bed adhesion and so on. Add those settings to the printer-specific profile.

As the build plate was so large the building models could be printed whole. Especially for the main tower, the height of the printer was of great importance, even though the printer can print much taller objects. The roofs of the buildings are printed separately in order to be removable for the purpose of the game, so the figures can move inside. The different parts of the structures took between 11-17 hours to print and that was no problem for the Kobra Max.

Printing several of the smaller models at the same time makes the process much simpler.

The prints look great right out of the printer, but a few simple coats of paint makes a huge difference. Don’t be scared of this step, as it actually is much like colouring and painting in colouring books. Just pick sections of the print that are divided by “lines” and paint them in a certain colour.

One simple trick to use to make it look more realistic is to use a metallic paint for metal objects like panels, pipes, crates and the like. Those colours give it a bit of a shine and make it look more real. So there’s no other skill or ability to learn, just use another colour then paint as before.

Once printed and painted, place them all on a table. One trick here is to take a sand coloured piece of cloth and place the prints on top of that to make it look like they are on sand. It’s ok, even prefered, that the cloth isn’t ironed out flat, as the folds, wrinkles and creases make it look more believable as sand and small sand dunes.

When you place the structures, bits and bobs, scatter terrain and plants try to think of how it would be positioned if people lived there with crates scattered, where plants would grow etc. But also to make the game fair with equal opportunities for cover for both players.

And all of a sudden you have Mos Eisley on your table gaming out the last battle of the Book of Boba Fett using only your 3D printer and some paint. 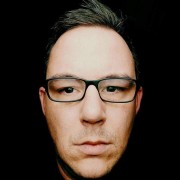